How To Make An Apple Pipe

Have you ever wondered how to make an apple pipe? Picture this. You wake up on your day off and head to the living room to roll up some of that sticky icky the homie gifted you the night before, but when you reach for your papers, you see that you’re fresh out. No worries, you think to yourself as you grab your trusty glass pipe off the coffee table. But suddenly you’re stricken with a case of the butterfingers and it crashes to pieces on the floor. The perfect time to learn how to make a pipe out of an apple.

What now? How will your Lucky Charms retain their magical stoney deliciousness without access to the heavenly herb’s transcendental properties? Don’t lose your cool, bro. Furthermore, Sacramento Dabber is here to help you out! In this article we’ll be going over exactly how to make a pipe our of an apple, as well as the many advantages smoking out of an apple provides to the somewhat underprepared stoner on the go. 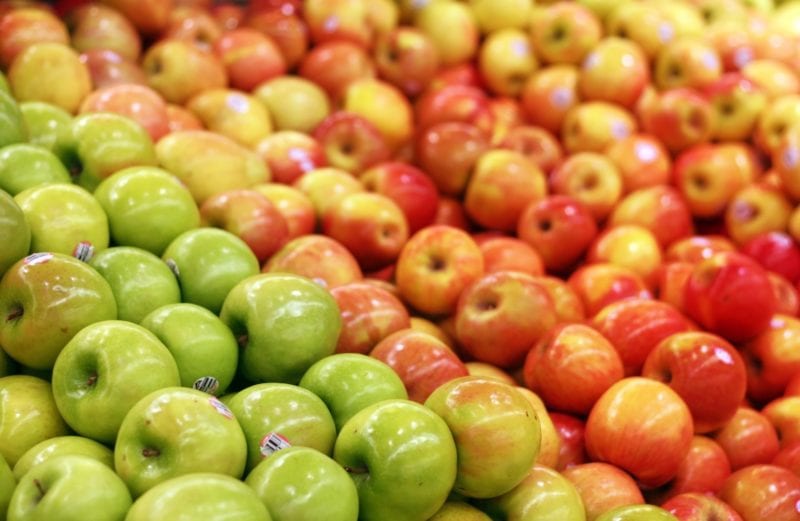 Learning how to make an apple pipe is easy. Firstly, what kind of apple you choose to smoke out of is purely up to your preference. Some people swear by the red delicious because of its deep, bowl-shaped top. Others insist that when you’re using an apple pipe to smoke the green, it only makes sense to smoke out of a bright green Granny Smith. Honestly, it doesn’t really matter which kind you choose.

Once you’ve got your apple, it’s time to turn it into a pipe. The name of the game here is air flow. If you can get air to flow through it in a controlled manner, you can smoke out of it. This doesn’t just apply to apples either. I’ve smoked out of carrots, watermelons, sausages, hell I even did a dab through a deli sandwich one time. Sometimes you just have to work with what you’ve got. However, when it comes to foods you can smoke out of, the apple pipe is by far the favorite amongst stoners around the world. Probably because of how easy it is to make one. All you really need is a pen and an apple.

First and foremost, you’ll want to remove the stem if it hasn’t already been removed. After you’ve removed the stem, use the pen to slowly twist and poke a hole where the base of the stem was, down just past the center of the apple. Make sure not to push the pen all the way through the apple because then you’ll have to start over, and worse, you’ll have to eat an apple. Apples aren’t Cheetos.

When that’s done, take the pen and poke a horizontal hole from one side of the apple until it meets the vertical hole from before, connecting the two. Or you can make the horizontal hole go all the way through the apple to create a carb (a hole to keep closed and release during your hit for more airflow). After that, your last step is to blow through it and clear all passages of apple chunks so you don’t suck one through and choke on it like an idiot in front of your friends.

Step 3: Smoking Out of Your New Apple Pipe

Wow, you’ve come so far and learned how to make an apple pipe. It seems like just six or seven minutes ago I was explaining to you how to choose an apple at the store and now look at you. All grown up with a masterfully crafted apple pipe in your hand, bud on the brain, and a twinkle in your eye. Your mother and I couldn’t be more proud of you. Now it’s time to smoke up! But there are a couple of ways you can go about it. The old school way is to just shove a plug nug in, sprinkle some more on top and light her up. But there are lots of different ways to smoke and/or dab out of an apple pipe. I’ll list a few ideas just to get your creative juices flowing.

Use A Glass Bowl For Added Functionality

You can always use a glass bowl for added functionality. Instead of just shoving your bud into a wet apple hole, you could get a 10mm or 14mm glass bong bowl and load that up. In my experience, they fit fairly snug in a pen-sized hole on an apple. Another idea would be to create multiple holes to connect to the main vertical hole and shove a joint into each one. In theory, you could smoke like ten joints at once that way. Also, if anybody complains or tells you that smoking ten joints at once isn’t healthy, you can just take a bite out of your nutritious handmade apple pipe and smile back at them. Won’t they feel ridiculous?

The Benefits Of Learning How To Make An Apple Pipe

There are tons of benefits of learning how to make an apple pipe. Maybe you don’t have the money to buy a glass piece and you can’t find any papers. However, you can still learn how to make a pipe out of an apple. Apples are cheap and you almost definitely have a pen sitting somewhere around your house, making an apple pipe one of the easiest ways to smoke your sweet frosty nugs in a pinch. Aside from it being easy, it’s also convenient. When it comes to clean up, it’s as simple as eating an apple.

It’s also safer than smoking out of some sketchy import metal pipe or some bleach-filled cheapo papers. It would be hard to list the benefits of using an apple pipe without mentioning the most obvious one. Hello, weed gives people munchies. An apple IS munchies. I know what you’re thinking. “Hang on, are you telling me that I can smoke something that gives me the munchies out of something that IS munchies that I can then eat when I GET the munchies?” Yeah bro, exactly. The best aspect of knowing how to make a pipe out of an apple is the social component. Believe it or not, I have been to more than one get together where there was plenty of herb to go around, but nobody had the foresight to bring a piece or buy some papers on their way to the party. However, like I said before, most houses have a pen lying around somewhere and considering apples are the second most popular fruit in America (behind berries, which honestly seems like cheating to lump all berries together) the likelihood of there being an apple in the kitchen is pretty high. These two simple things, along with your new found apple pipe engineering knowledge, may just help you become the life of the party. Smoke on, you educated little stoner, you. Smoke on!

Lastly, if you are too lazy to learn how to make an apple pipe yourself at home you can buy a high quality glass apple pipe from Glass Nation. Don’t Worry about your apple pipe rotting? Never fear, we are here with some screaming deals on glass apple pipes! Guaranteed never to spoil or become infested with worms! Check them out here